Online roulette uses a random number generator to approximate the spin of a “real” roulette wheel. Most wheels you see in Vegas are numbered one through 36 in alternating black and red colors. There are usually, but not always, two green numbers, zero and double-zero, which are there to give the house a slight edge. Anyone who tells you you have a 50-50 shot when playing the “outside” in roulette is not telling the whole truth.

Were there no green spaces on a roulette wheel then yes, your odds would be 50-50. But the green spaces are just enough to lower your odds below 50 percent, since there is a better-than-four-percent chance the wheel will come to land on one of these two spaces. Some casinos feature roulette wheels with only one green space. While this may seem like a negligible advantage (or disadvantage in the other instance), in the long run this one space can determine fortunes won and lost.

As with casino roulette, online roulette presents gamblers with plenty of options. The most popular of these is playing a single number. While the odds of actually landing on one chosen number are small, the payout is proportionately large–usually 35:1. Other options for roulette online include playing several numbers at once. By placing your chips at the intersection of two or four numbers, you “cover” them all but divide your payout in equal measure.

Any of the aforementioned strategies is known as “playing the inside,” …

END_OF_DOCUMENT_TOKEN_TO_BE_REPLACED

At the roulette table there are two different bets that pay odds of 2/1. That is, if you bet $1 and win, you get back your $1 plus you get $2 from the casino. These bets are “Columns” and “Numbers”. When you look at the layout of the table, the “Columns” bet is at the end of the numbers away from where 0 and 00 are located. The “Numbers” bet is the group of 12 numbers located along the side between where “black” and “red” and the number array is located.

The croupier releases the ball into the spinning wheel and the ball drops into a numbered pocket. If that number is in the “Column” or group of “Numbers” that you have selected, you win your bet.

These two bets are equal in odds and which bet you make is best determined by where you sit at the table. Since they are identical in odds, make the bet that is most easily reachable.

The casino always has the advantage at roulette. That advantage is determined by how many numbers there are on the wheel. Some wheels have the number 1 through 36 plus 0 and 00. Some wheels do not have 00. On the bet being discussed, the wheels that have both 0 and 00 provide the casino with an advantage of about 6%. Wheels that have just 0 provide about a 4% advantage. Single 0 tables are hard to find, however, and this discussion will be about tables with …

END_OF_DOCUMENT_TOKEN_TO_BE_REPLACED 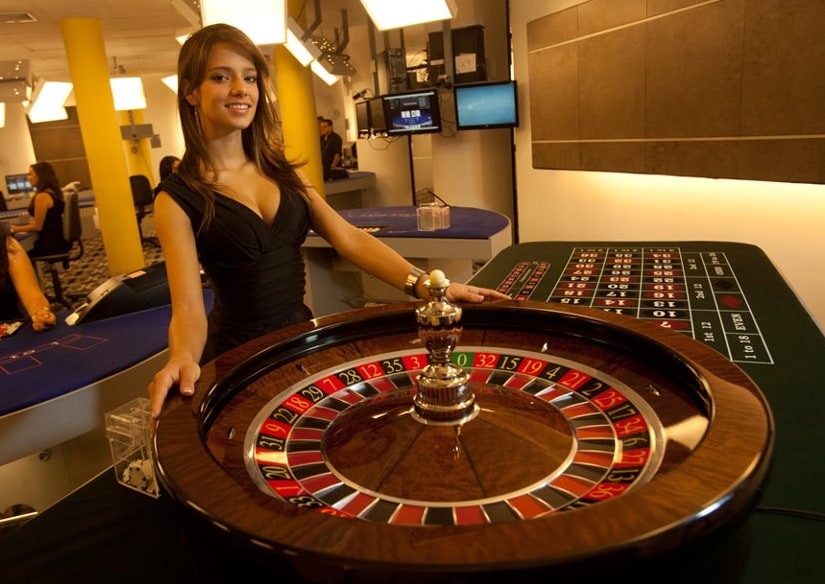 If you’re a live dealer Roulette player, I am going to share a little secret with you. Roulette dealers can have an influence on the outcome of the game. This is not something any casino will ever acknowledge and most people don’t even want to admit to themselves. It is, however, one of the most common methods of cheating in Roulette.

This doesn’t apply much to online Roulette, unless you’re playing online with a real casino using a web cam, but if you’re at the casino then this is something you should know about. Whenever a live human being is involved as a dealer, the results of a spin can be influenced.

Think about the gentleman who recently set Jeopardy records. He was able to amass millions of dollars over the longest consecutive winning streak on record not only because he was smarter than his opponents, but because he was able to ring in first on a consistent basis. Because he knew the system and its equipment, he had first access to questions more often than his opponents.

Athletes and Roulette dealers are the same. The phenomenon is called muscle memory. The Roulette dealer has more interaction with the wheel and ball than anyone else, and overtime, a synchronicity develops between the dealer and the spinning wheel. The dealer is able to cause the ball to end up in a particular part of the wheel more often because he or she knows …

END_OF_DOCUMENT_TOKEN_TO_BE_REPLACED

I really love roulette and have won big dollars several times gambling on the game. I have also lost but I have found a few keys that help keep me on the plus side.

I have to admit that I am one of those. I play 3, 23 and 33 every single time. I also play other numbers but my biggest wins have been on the number 33.

The first thing you need to know if you are playing roulette is the wheel. You need to know which numbers fall near other numbers on the wheel. This is important because often numbers around the same area will come out several times in a row. That is usually because of the way the dealer roles the ball.

If I see an 18, 6, or 16 come out, I know they are close to my 33 and I double my bet on that number. I also bet on those numbers again as you would be surprised how many times numbers come out twice in a row.

You should study the board. You should also right down a copy of the order of numbers on the roulette board. Just make a circle and put all the numbers around it and keep it with you. You can do this ahead of time as the roulette wheel numbers are the same pattern on every wheel.

The second thing is to watch the pattern. …